All images used in this post are property of dairyqueen.com

There is no arguing that the DQ Blizzard is one of the best desserts out there.

Creamy, thick, indulgent, and just straight delicious. It’s simply in a league of its own.

If you’re reading this post, that means you are also curious about the calories in a Dairy Queen Blizzard. Let me address two things first:

Now let’s address the elephant in the room…

Generally speaking, ice cream is not widely thought of as a healthy dessert (unless we make our own healthy version, of course). Ice cream is loaded up with sugar & calories, and DQ Blizzards are no exception.

In fact, Blizzards are also full of various other syrups and candies, which bump up the calories even more.

But that doesn’t make a Blizzard unhealthy. Rather, they are less healthy than other options.

When it comes to dieting, the way we view our food matters. Think of it in terms of the “all or nothing” approach… 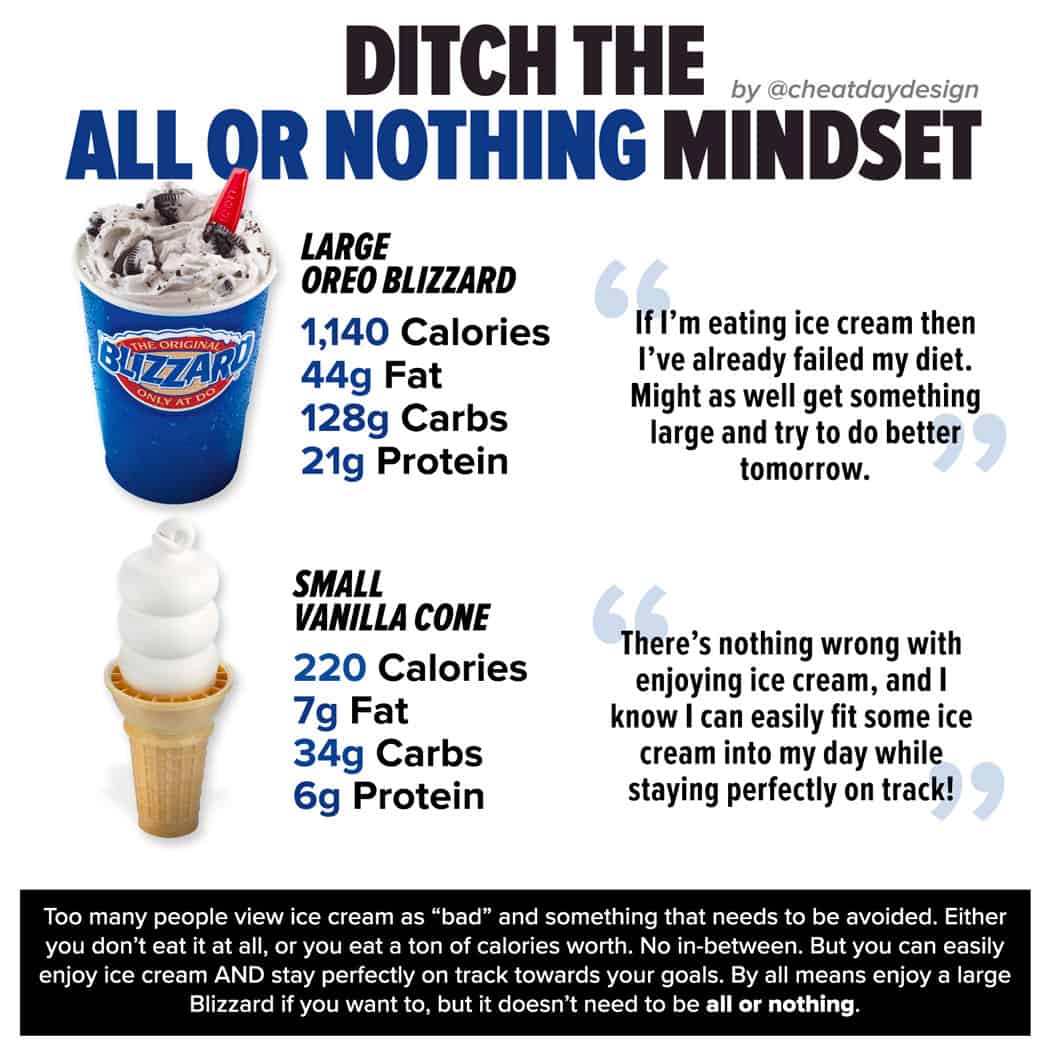 Blizzards, and ice cream in general, is one of those foods that so many people have an all-or-nothing approach towards.

People won’t let themselves eat ice cream regularly, so if they do have it, they’re gonna eat a huge amount of it. They feel that eating ice cream is already ruining their diet, so they might as well eat lots of it.

You don’t need to over-indulge to enjoy ice cream. It can be part of a regular, healthy diet!

Let’s say you’re on a family road trip and Dairy Queen is your next stop. Everyone is getting some ice cream, so you want to enjoy it with them! Problem is, you’re watching your calories and really don’t want to completely blow your progress on ice cream.

Lucky for you, this entire post has a breakdown of all the calories you can expect to find. ?

You can say screw it and accept that you’re going to consume a ton of calories, and order that large Oreo Blizzard with over 1,000 calories.

Or you can go for the vanilla cone, which might not be as exciting as an oreo-packed Blizzard, but still satisfy your sweet tooth and make your heart happy. Or, sticking with the Blizzard theme, you can go with the mini Blizzard to get that sweet fix!

By all means, go for the large Blizzard if you’re feeling adventurous. But if you’re in the mood for ice cream, you don’t have to consume 1,000 calories worth.

Nobody is saying that you can’t get a large Blizzard if you truly want that. I mean, sometimes you just need to treat yo self! But too many people believe that it’s all or nothing with dieting. They believe that if you want to lose weight, you need to be super strict with your diet. That ice cream will completely blow your progress.

Is ice cream the healthiest thing in the world? No, of course not. It’s a treat after all. But if you want it, it doesn’t need to be all or nothing. There are options out there for you to have your ice cream and eat it too. And if you’re anything like me, you want it All. The. Time.

You can very much enjoy ice cream AND stay on track towards your goals. Even if those goals revolve around weight loss!

With all of that being said, let’s dive into the calories & nutrition for Dairy Queen Blizzards. Below you will find handy infographics for each different size of Blizzards, then I will break down each flavor individually!

Note: At the time of writing this, these are the flavors that are currently being offered. Dairy Queen rotates their flavors based on the season and with limited releases, so keep in mind that the flavor you are looking for may be missing.

If that’s the case, be sure to head over to dairyqueen.com to find the nutrition info you need! 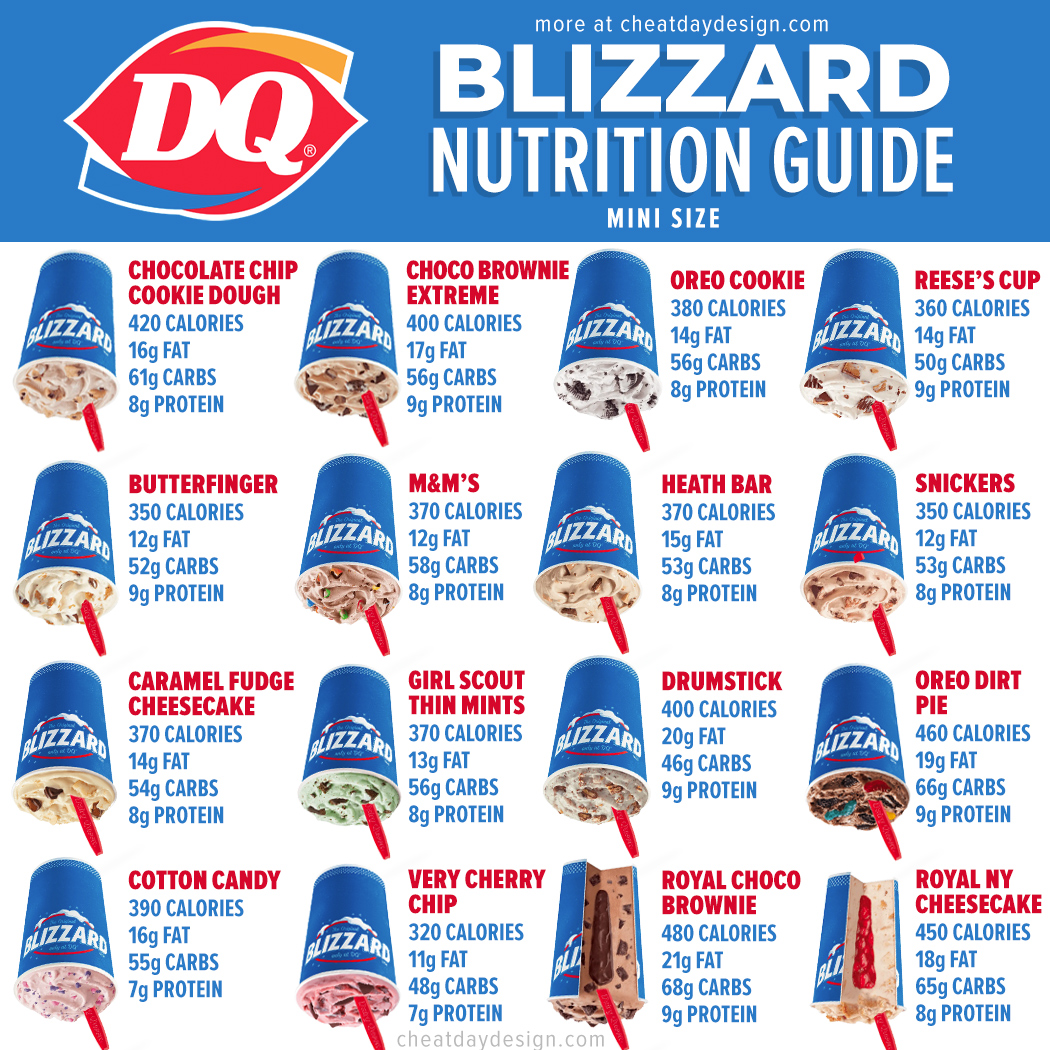 A mini Blizzard is the smallest you can get, so if you’re trying to keep the calories low, this size is your friend. Each of these mini Blizzards is about 6oz, or half the size of a small, so it may not quite satisfy that craving you’re having. But if you don’t have a huge appetite, or you need an option for a child, the mini may be a great choice! 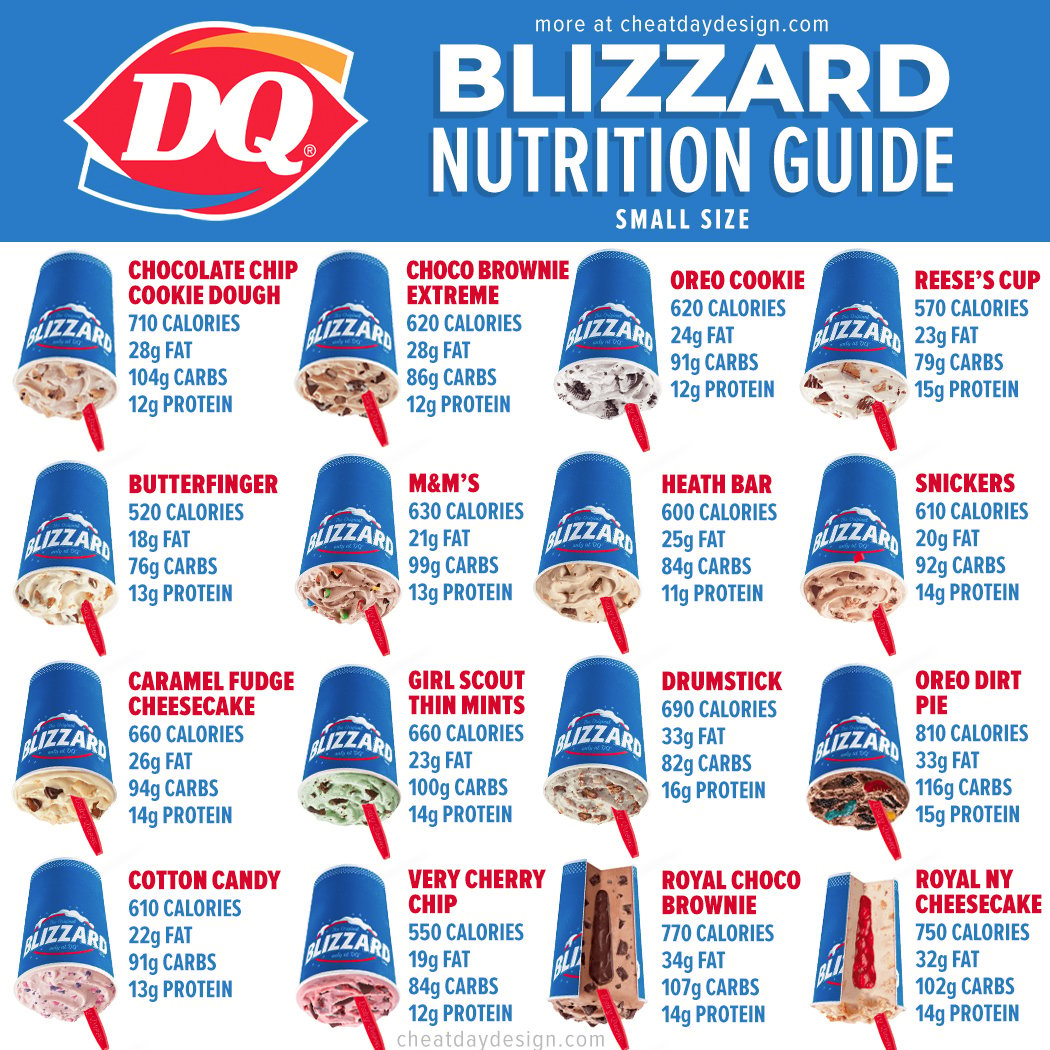 If a mini DQ Blizzard just won’t cut it, step it up to a small! At 12oz, it’s double the size of the mini Blizzards, but still won’t break the calorie bank in a lot of cases (of course, that depends on what you’re expecting). 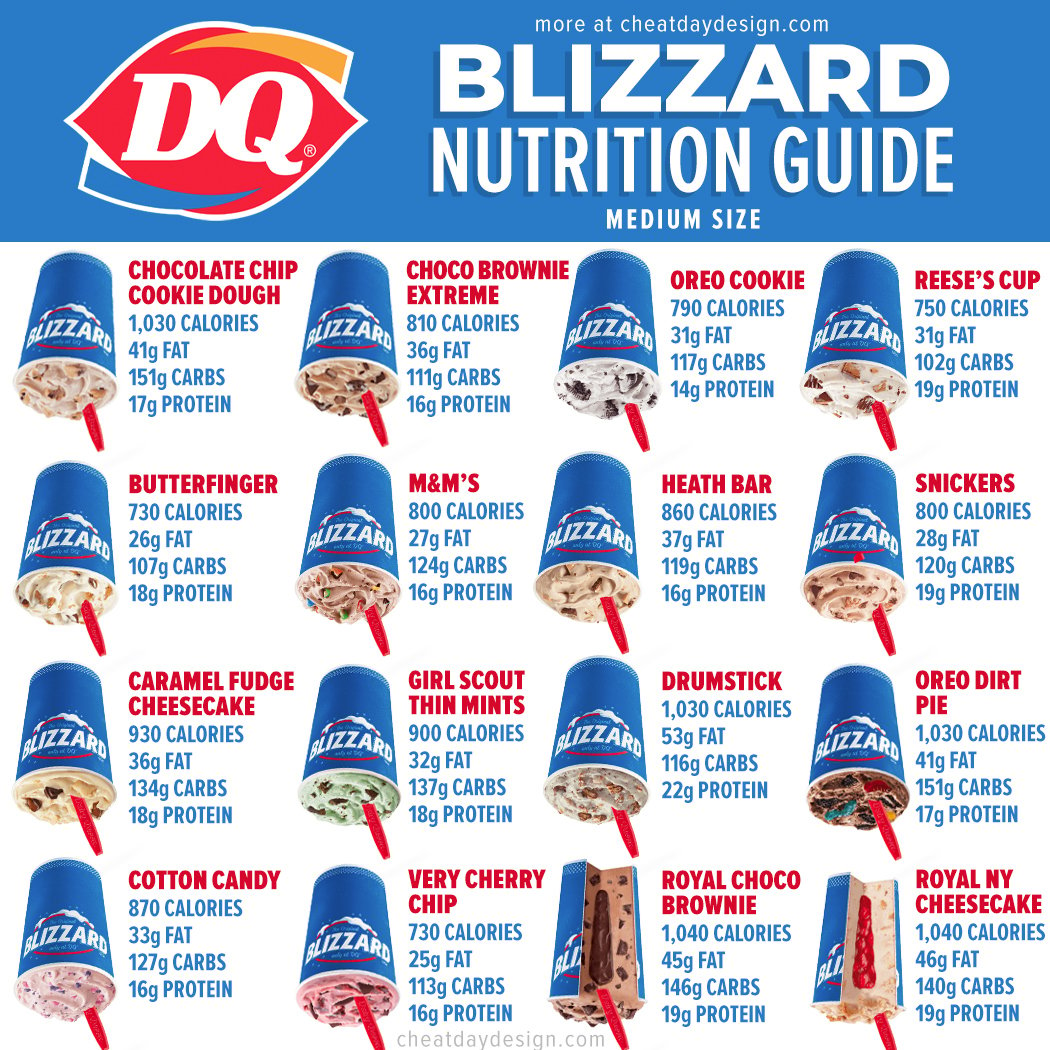 I’d say that the 16oz medium is the most common order, and most of these flavors hover around the 1,000 calorie mark. I’m not here to poo-poo on that decision if you want to order a medium DQ Blizzard, but it can be helpful to know roughly how many calories you’re consuming, especially if you have a weight loss goal. 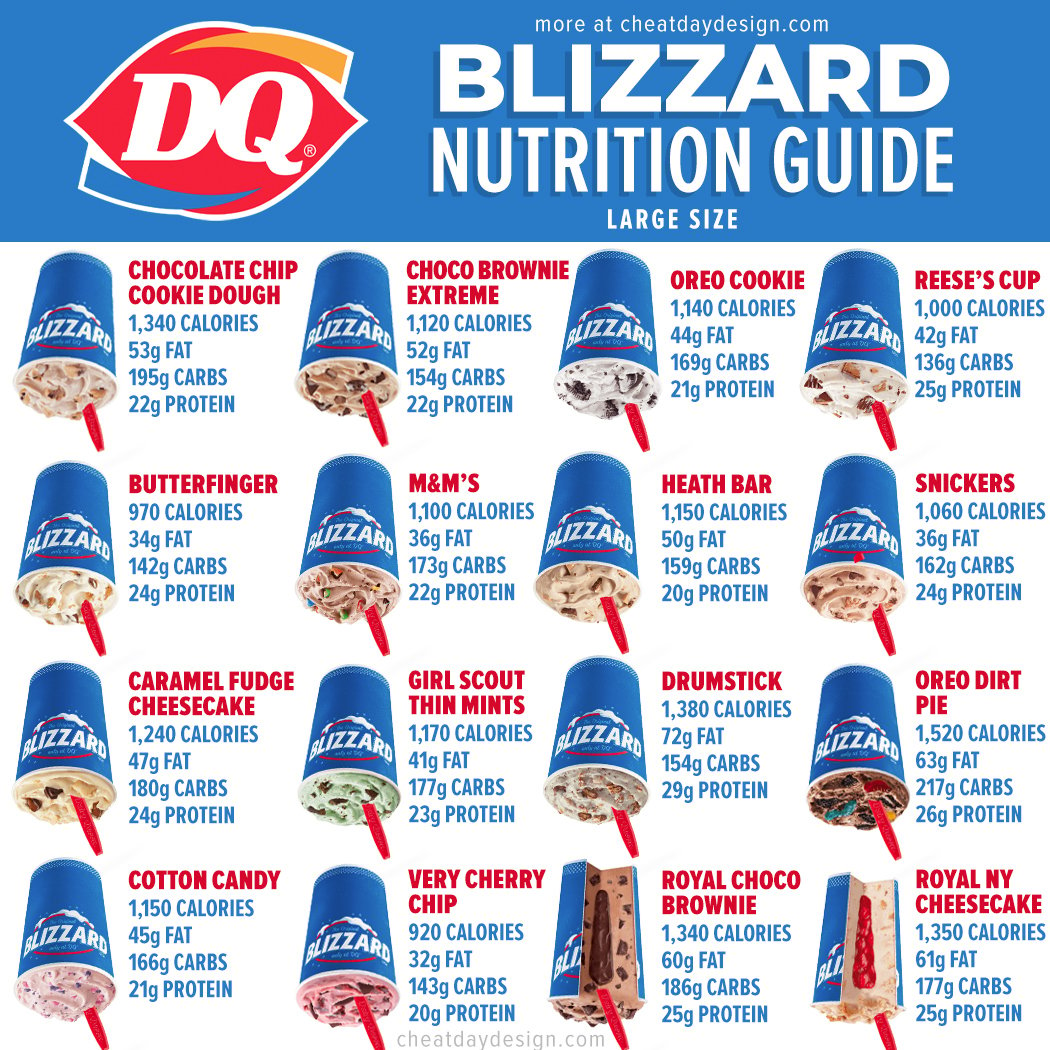 A large Blizzard is a buttload of calories… there’s simply no way around it. At 21oz, you’re getting quite a lot of ice cream, along with more of the mix-ins to boot, so there should be no surprise that the calories are on the higher end.

To put it into perspective, a typical serving of ice cream is 1/2 cup, although I’d say most people will consume closer to 1 cup. A large Blizzard holds over 2 cups of ice cream + all the fixings, so it adds up!

Below you’ll find every flavor listed in alphabetical order (to the best of my ability anyway, because words are hard) for easy searching!

I’ve included previous flavors here, since Dairy Queen is constantly rotating flavors, but I will mark any not currently available as of June 2022. 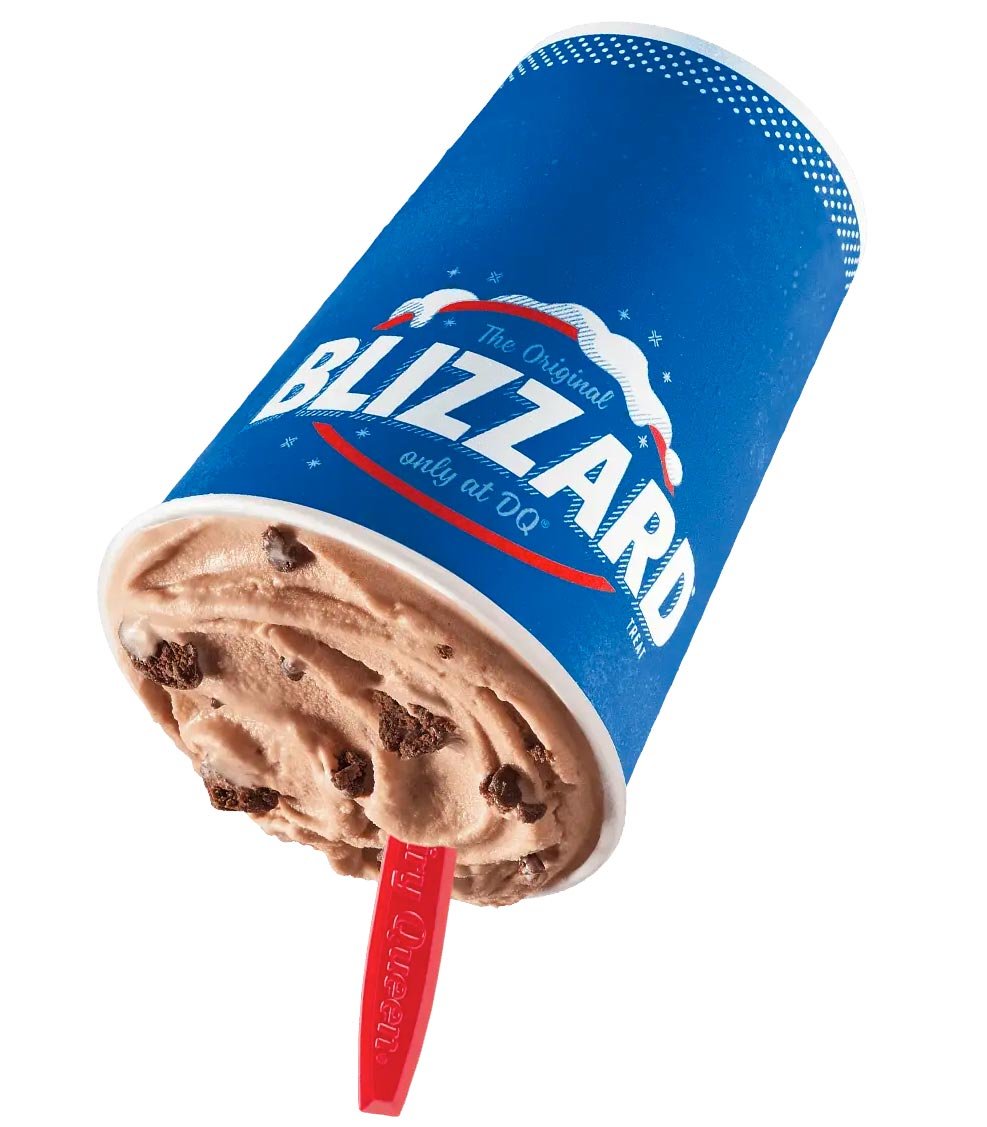 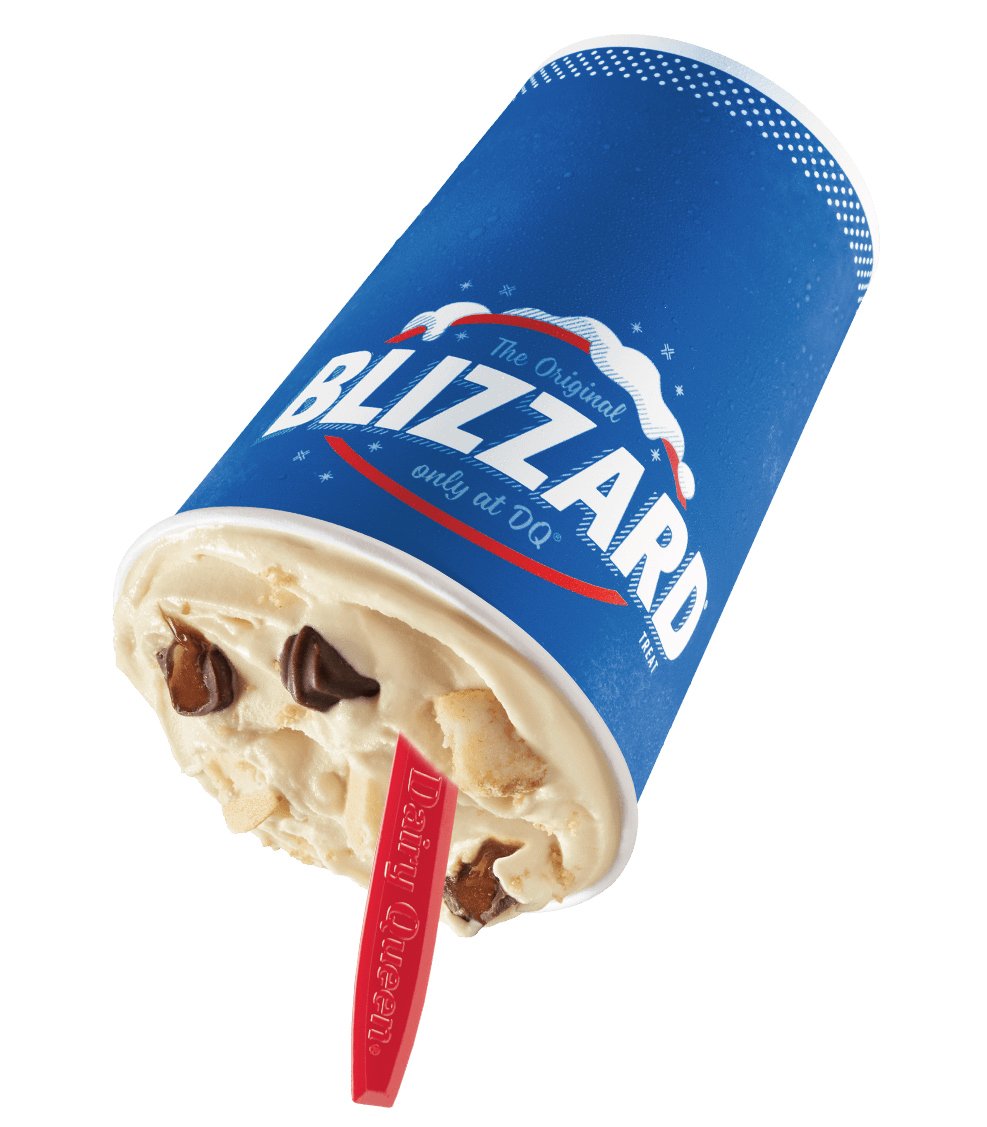 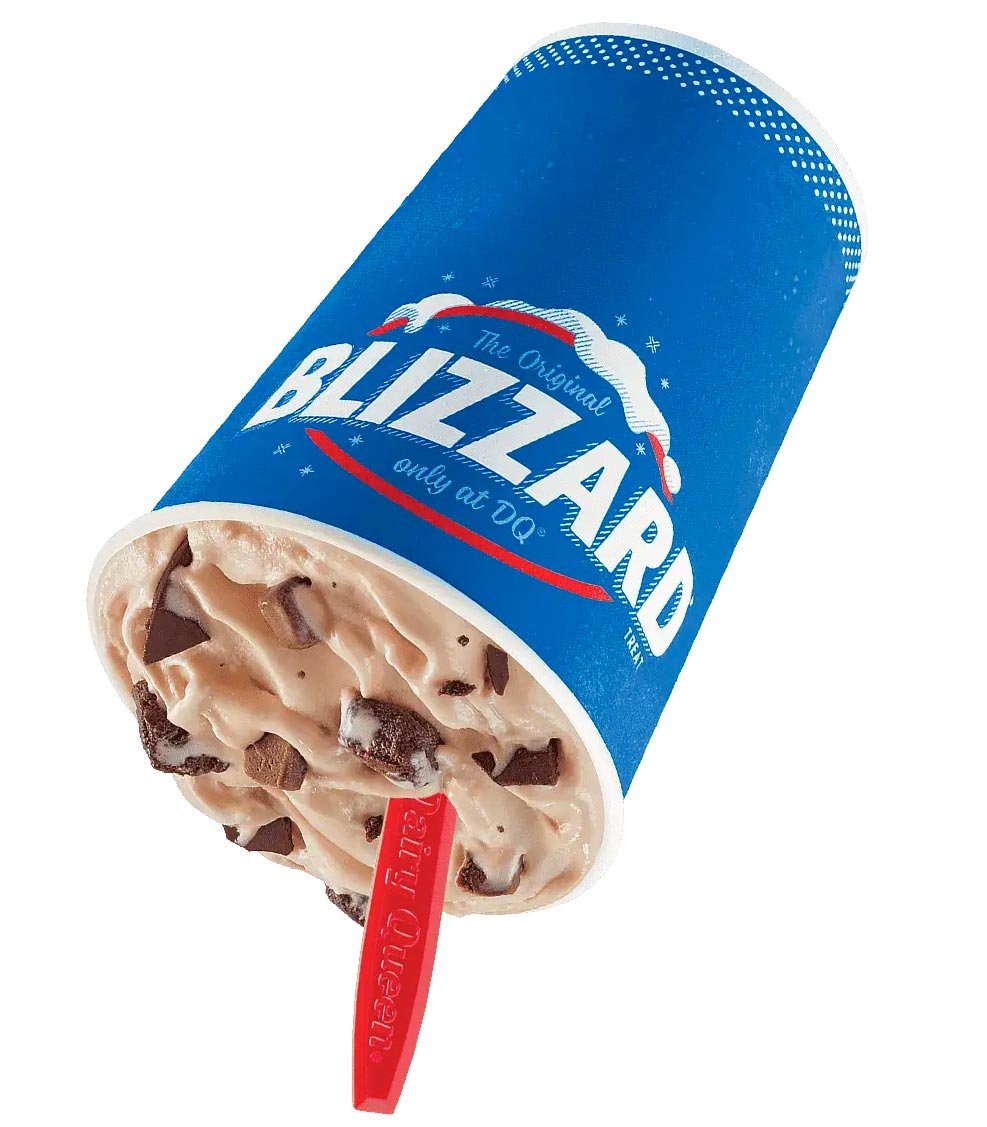 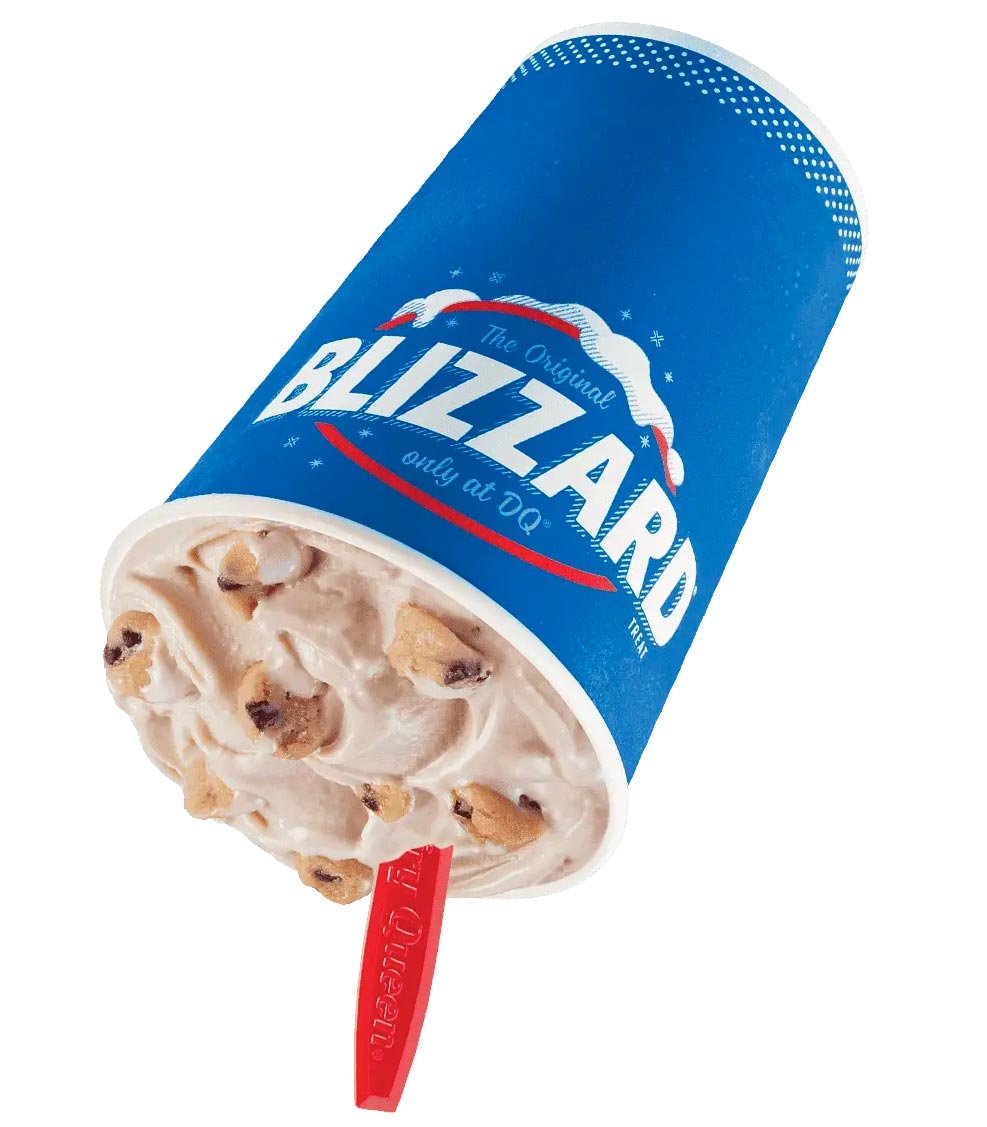 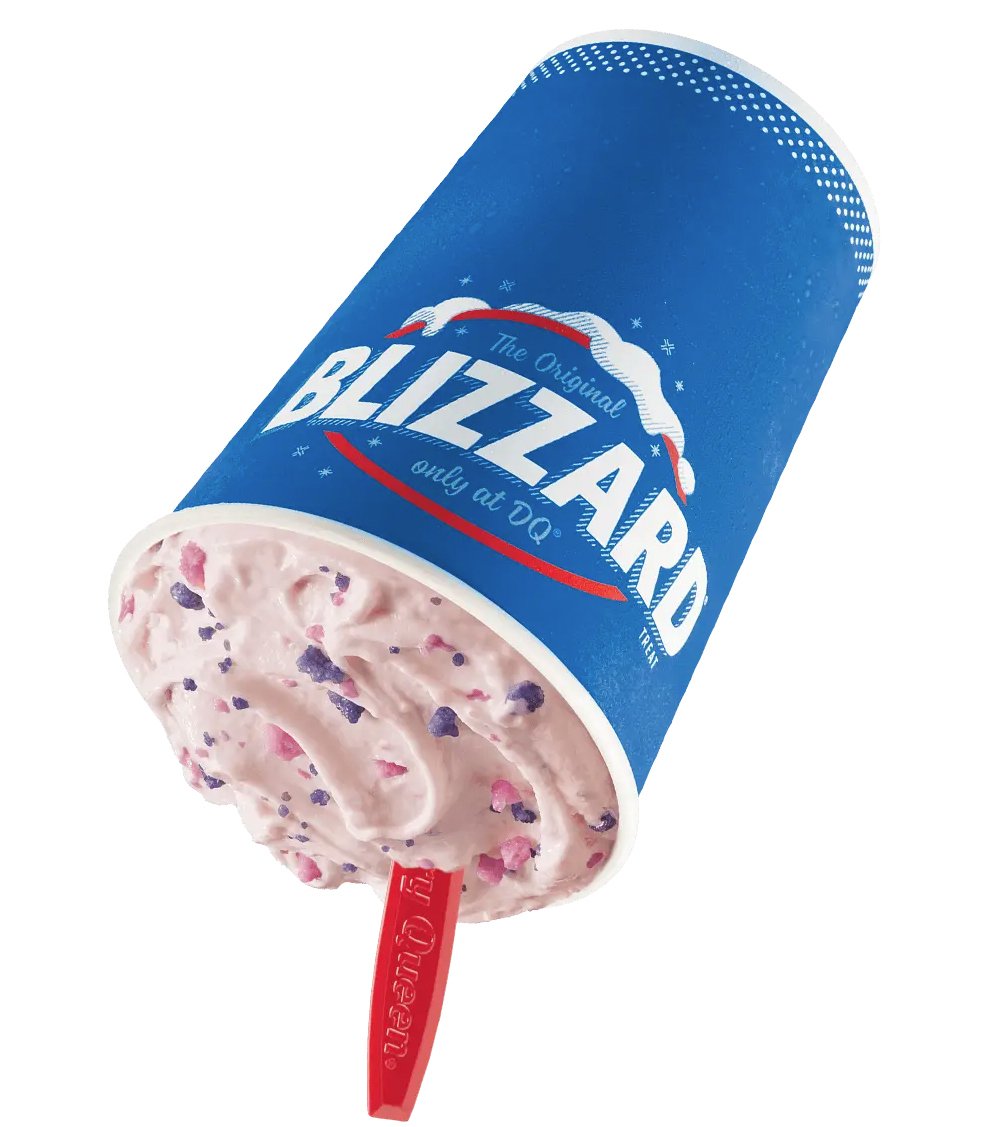 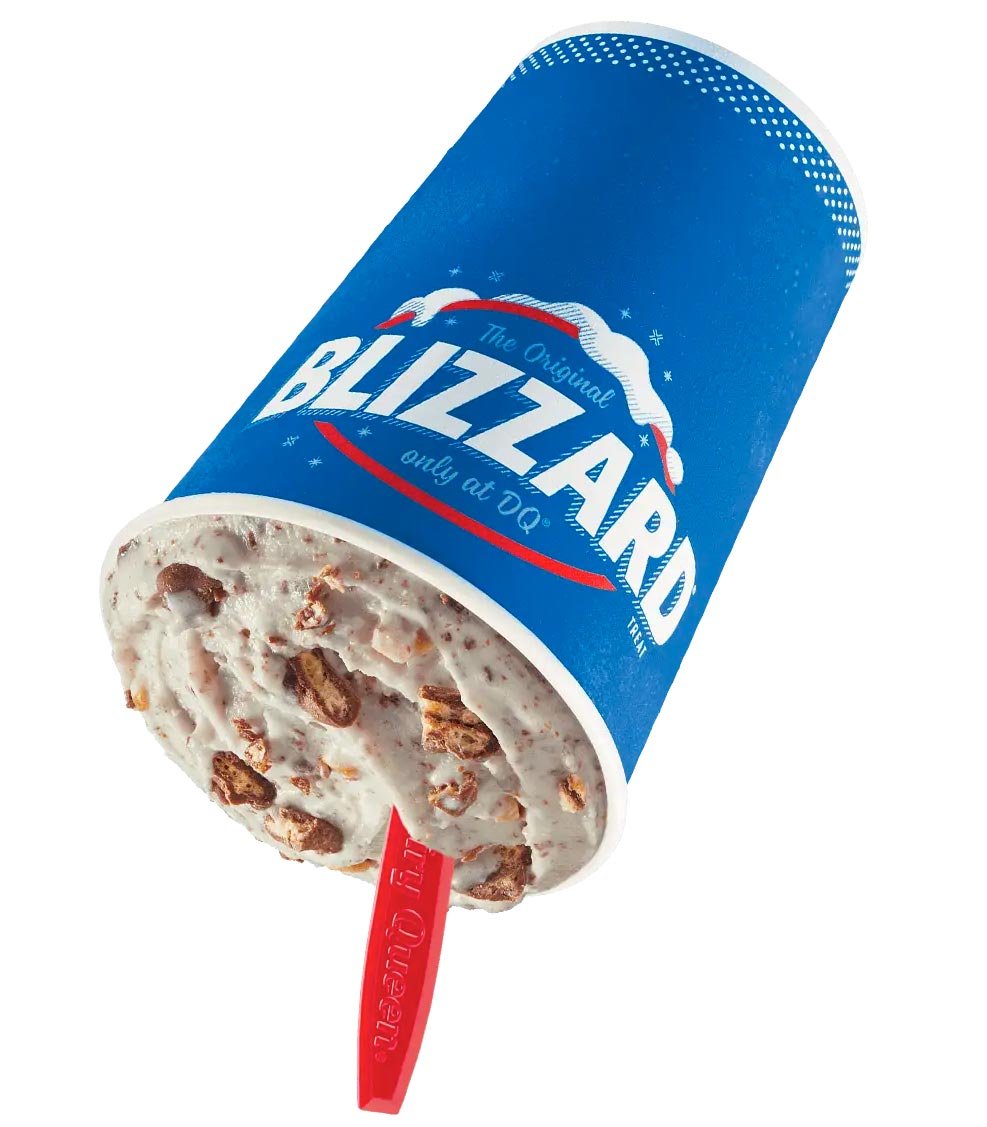 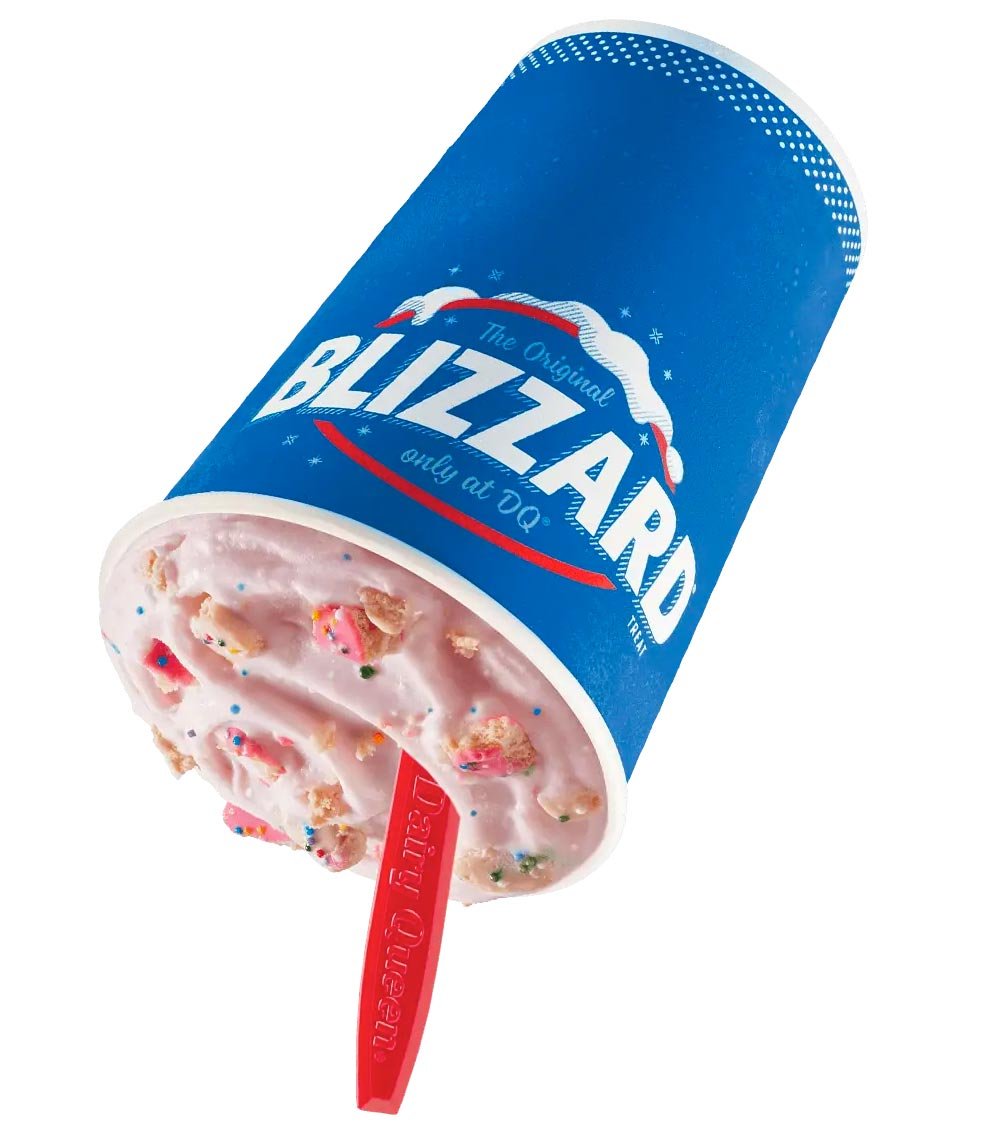 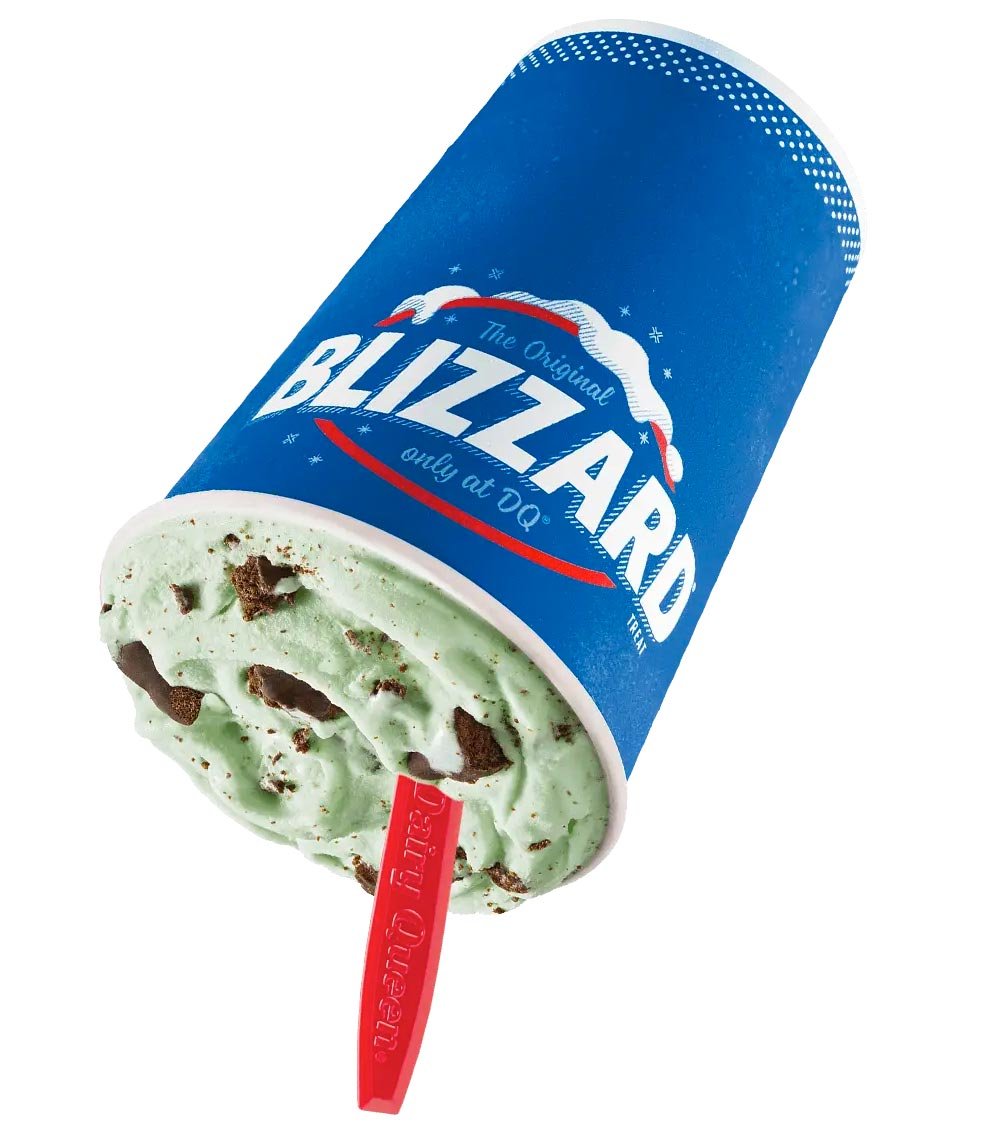 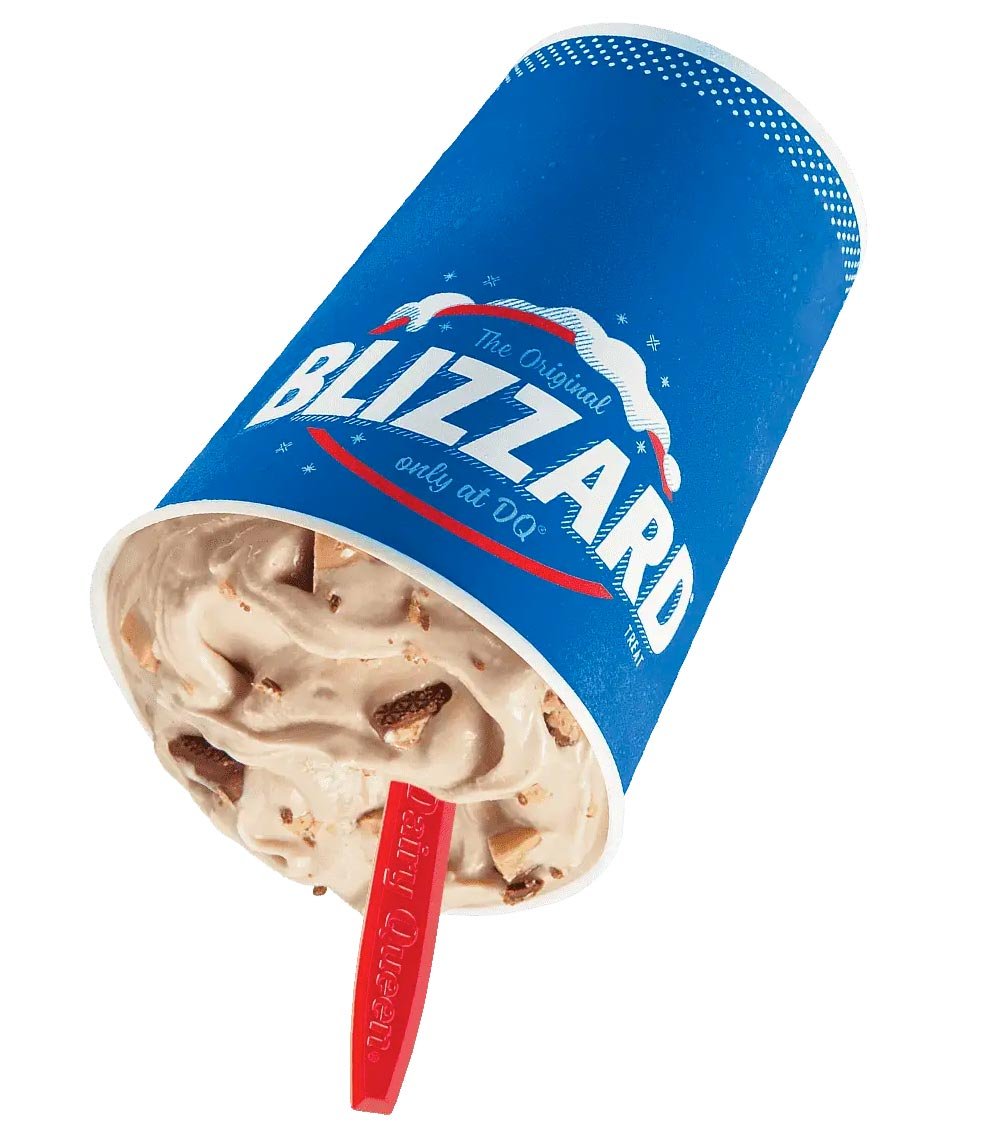 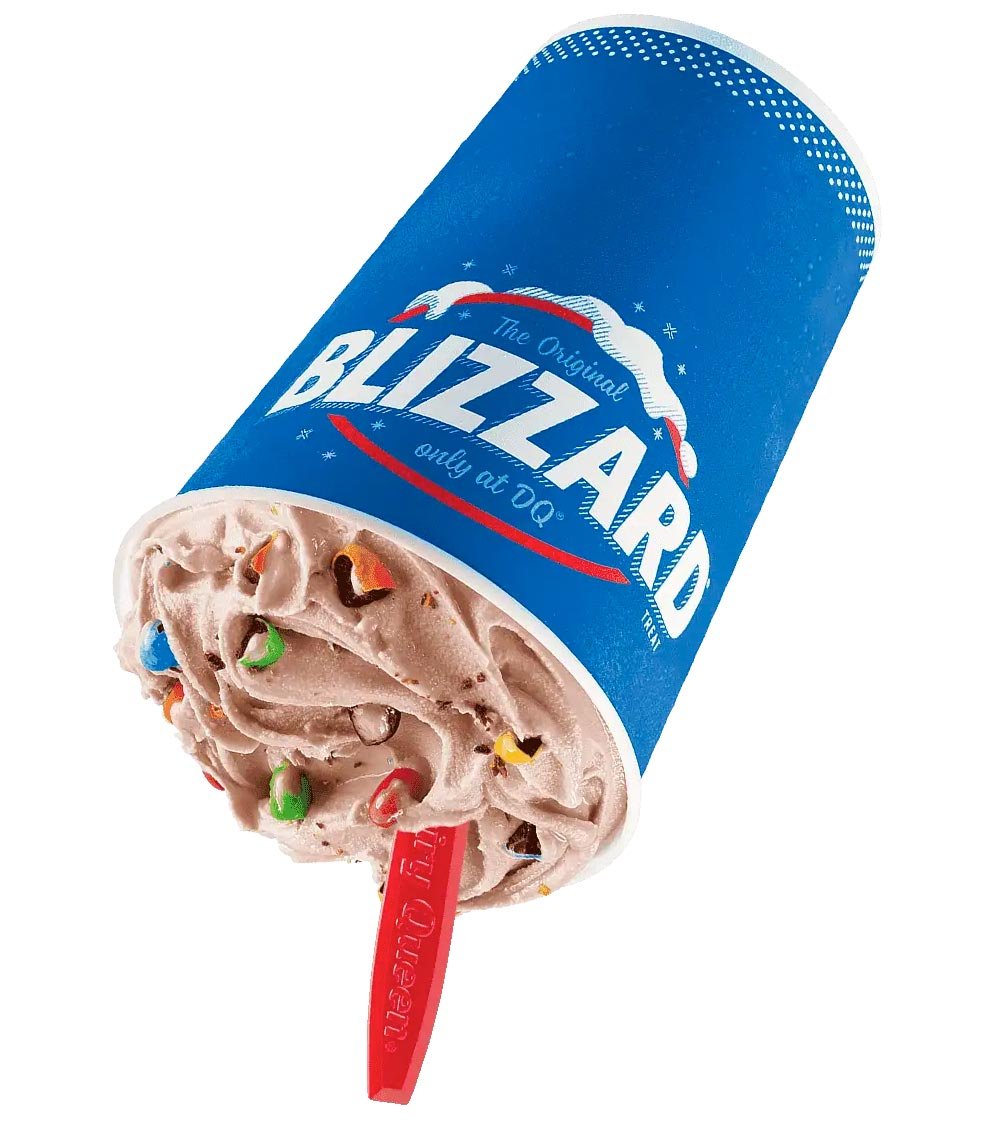 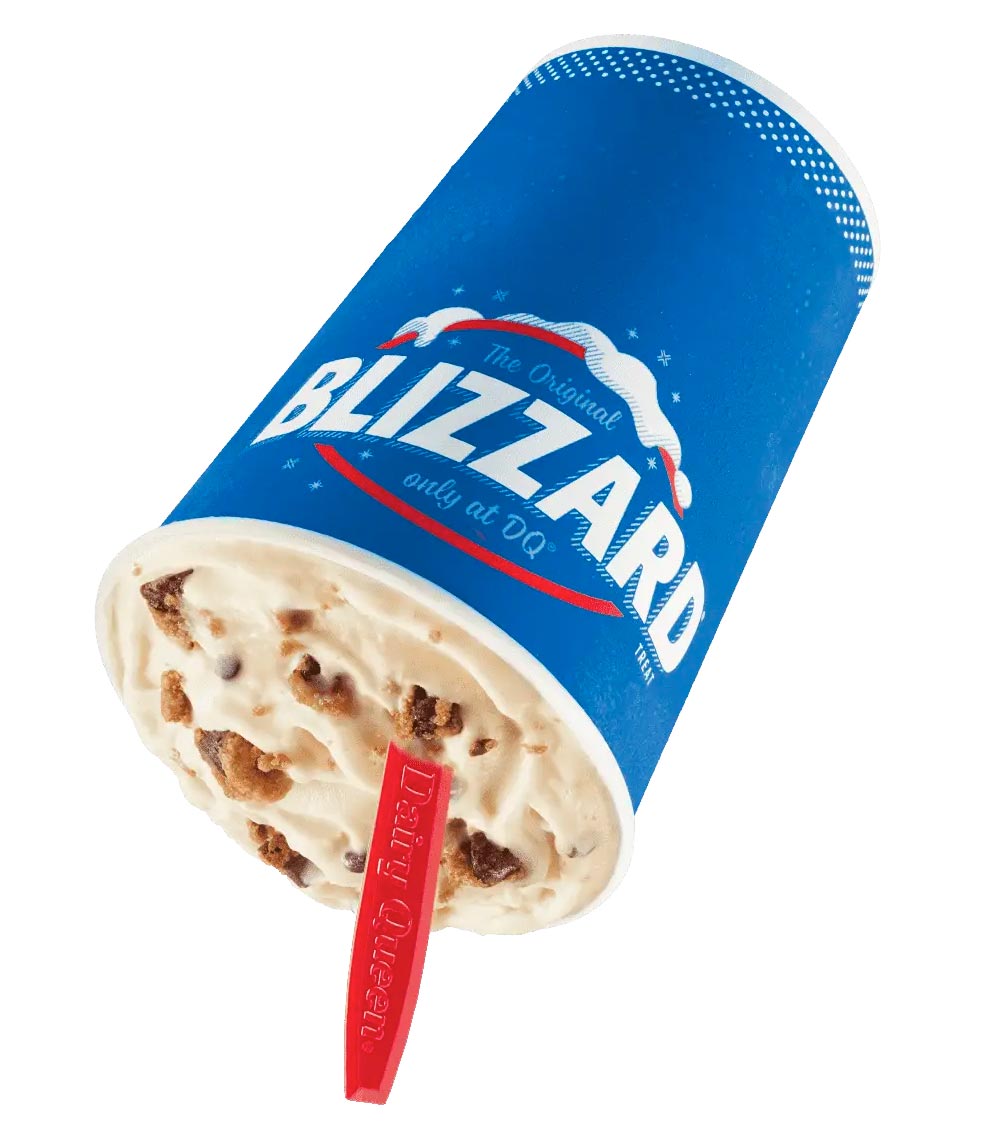 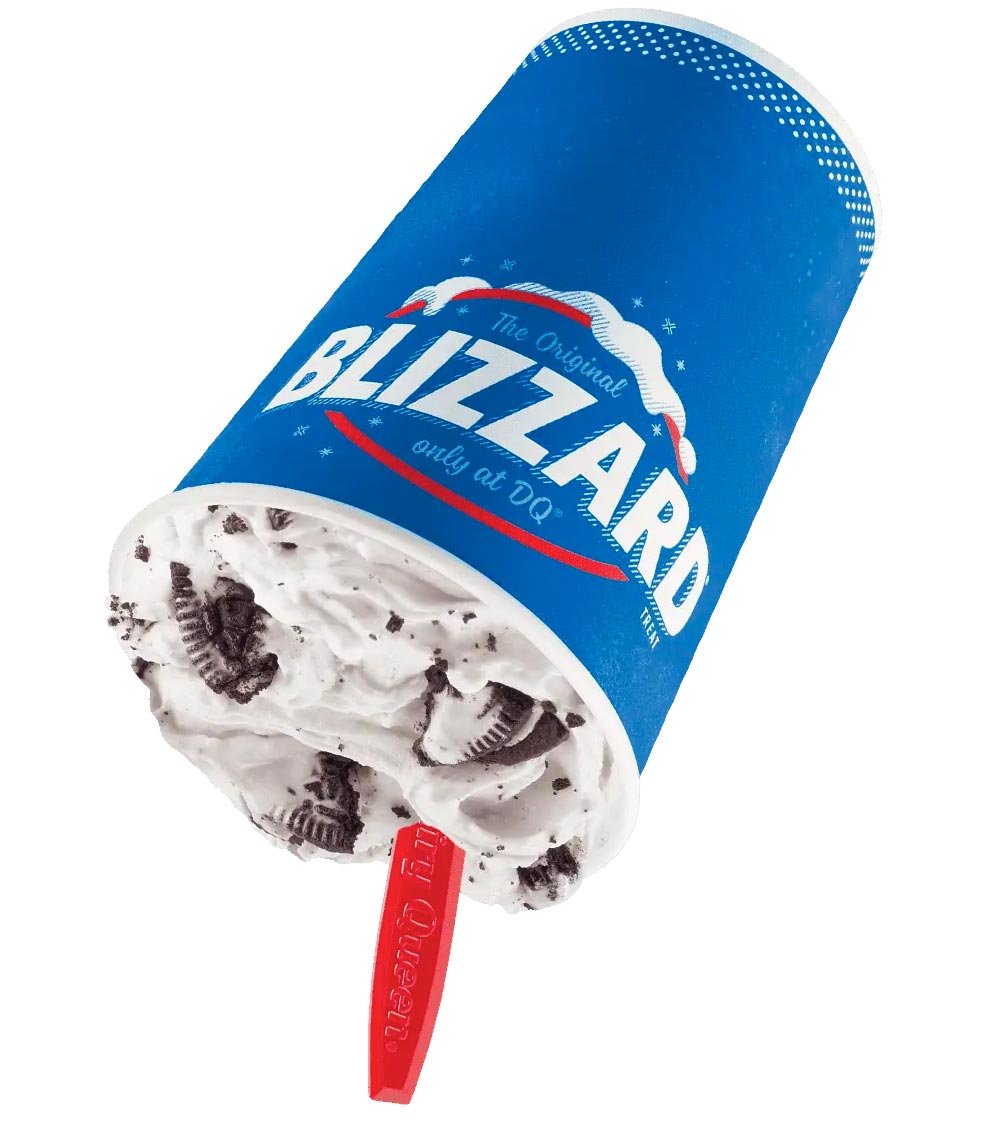 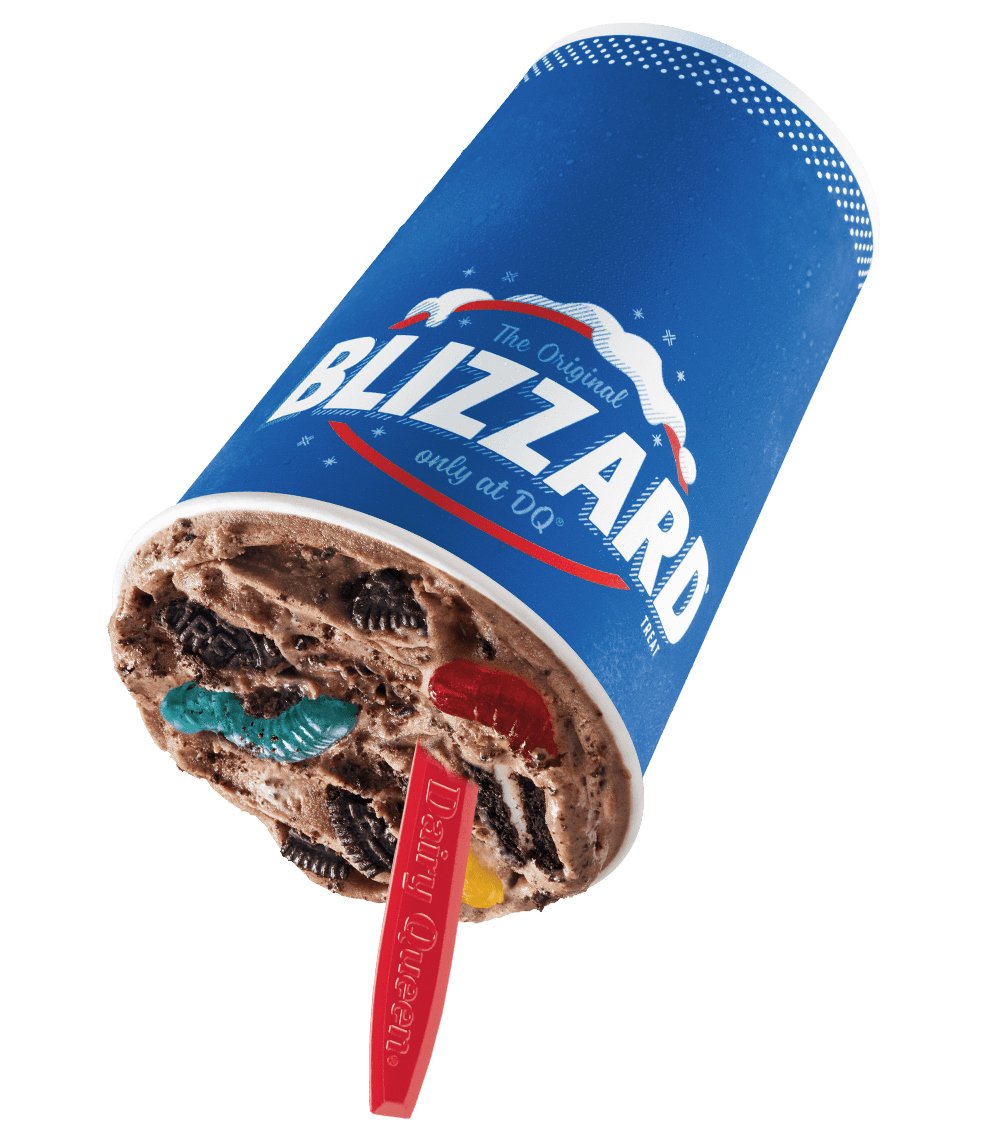 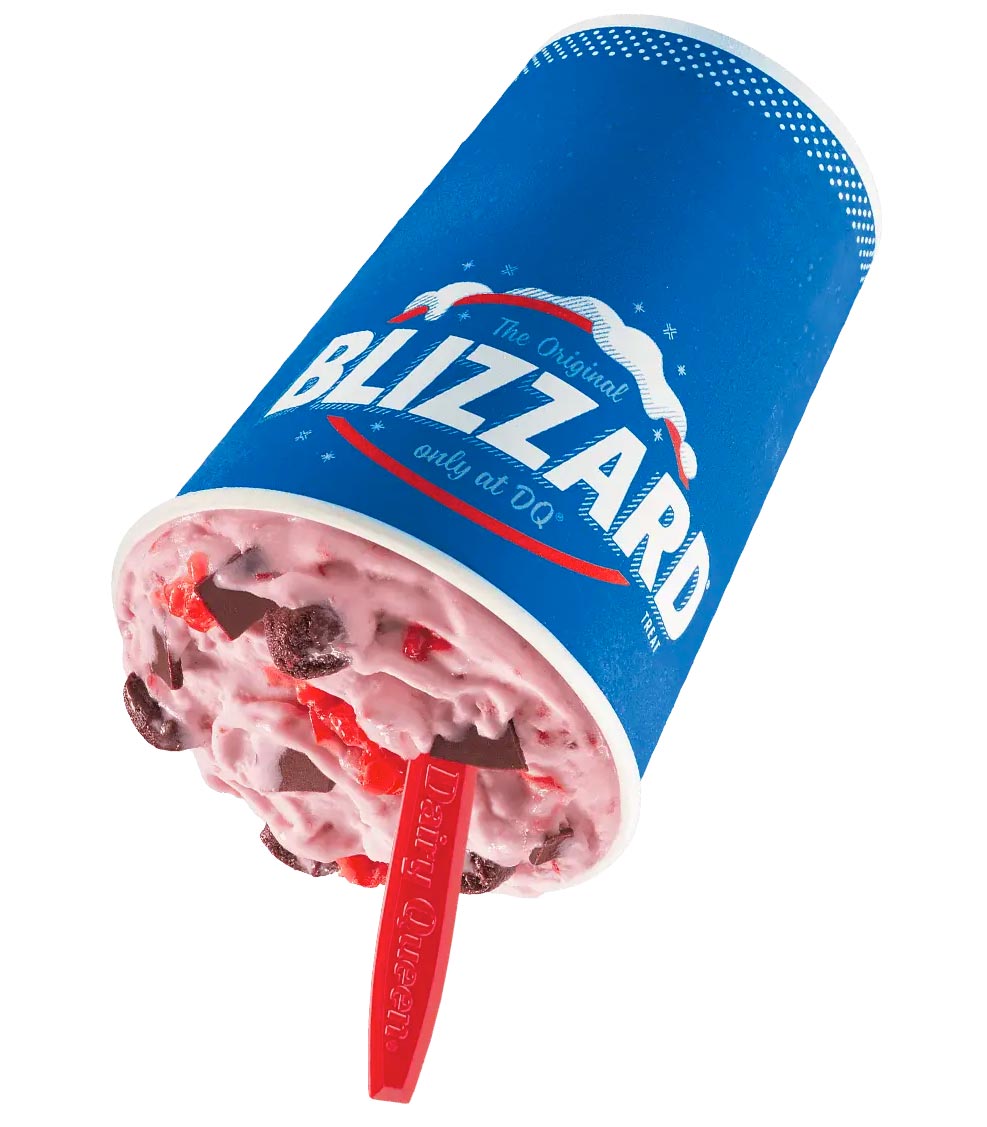 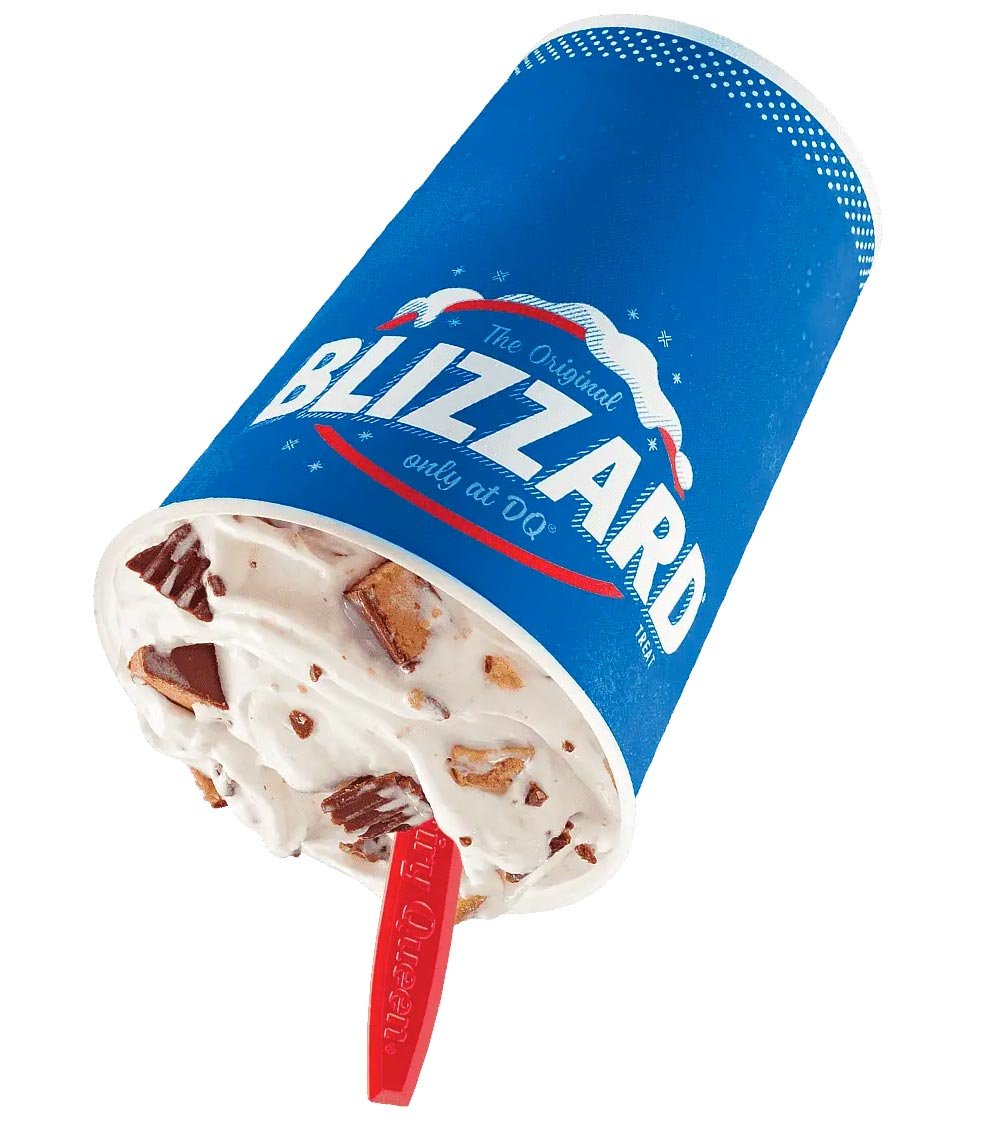 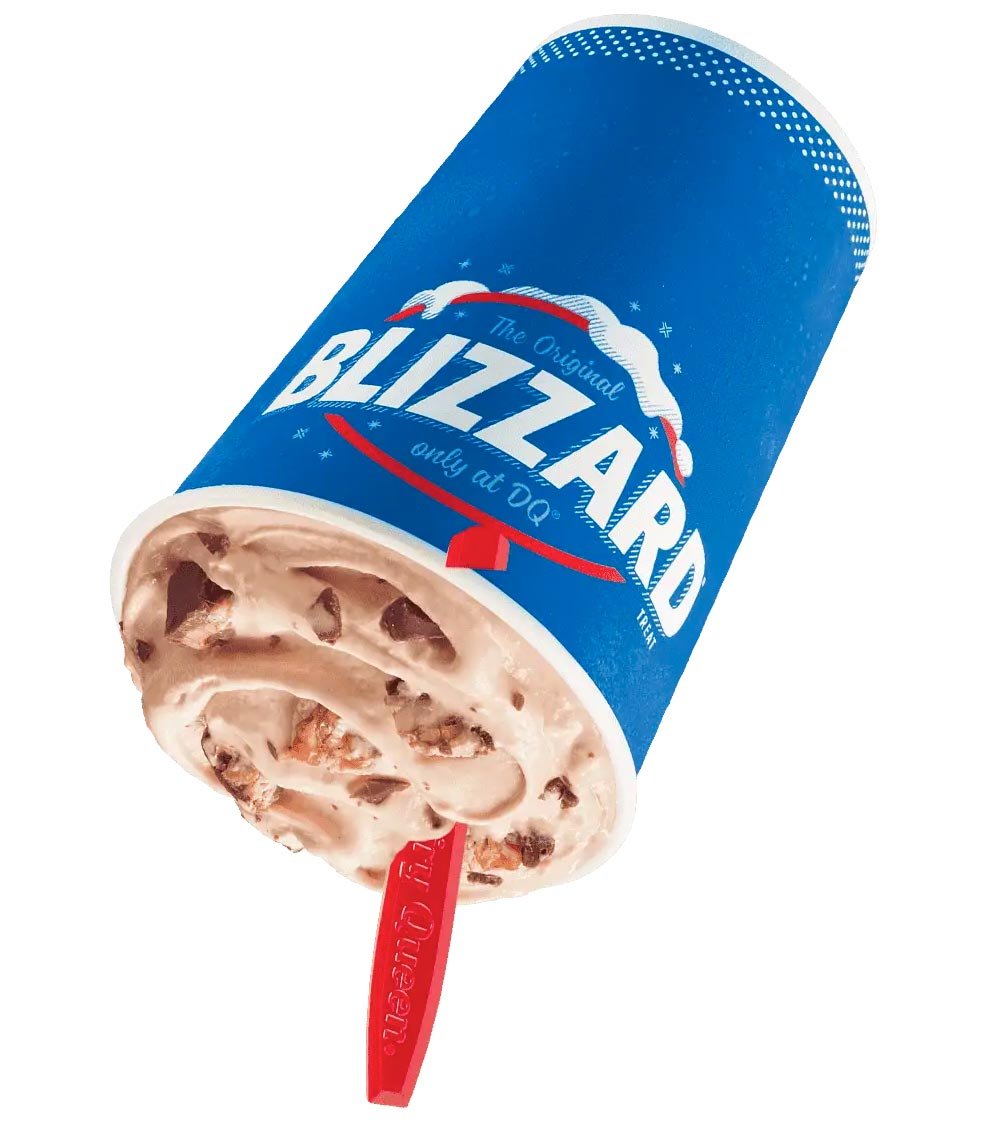 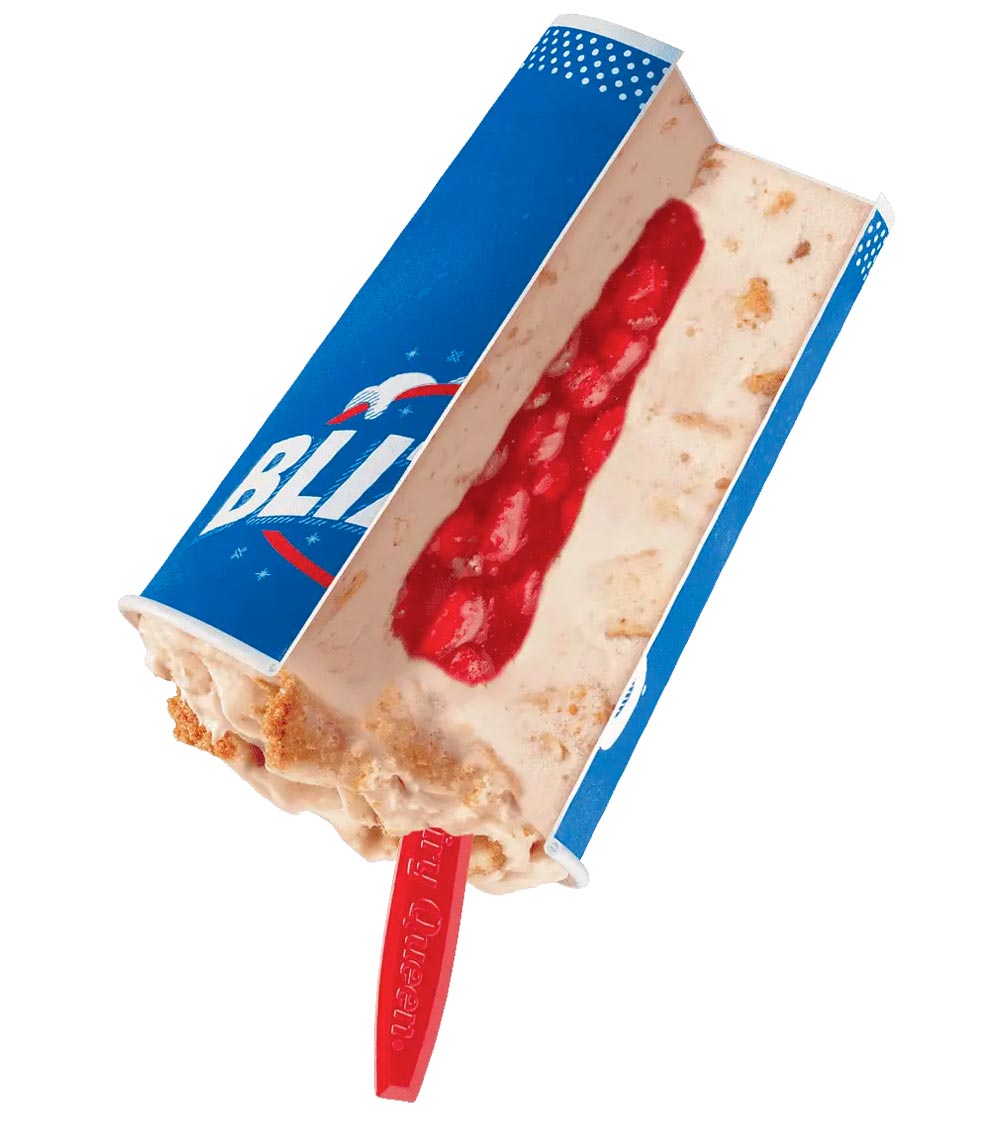 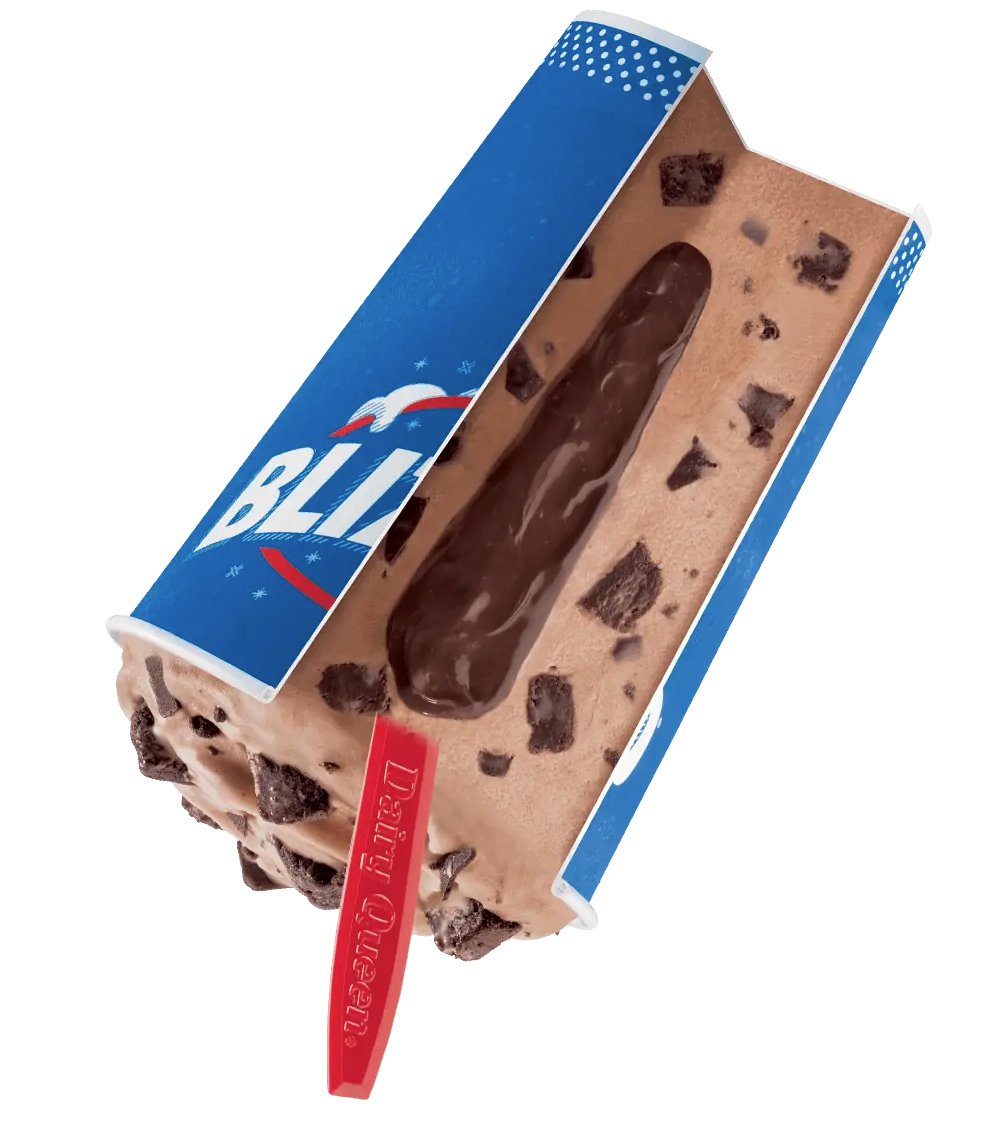 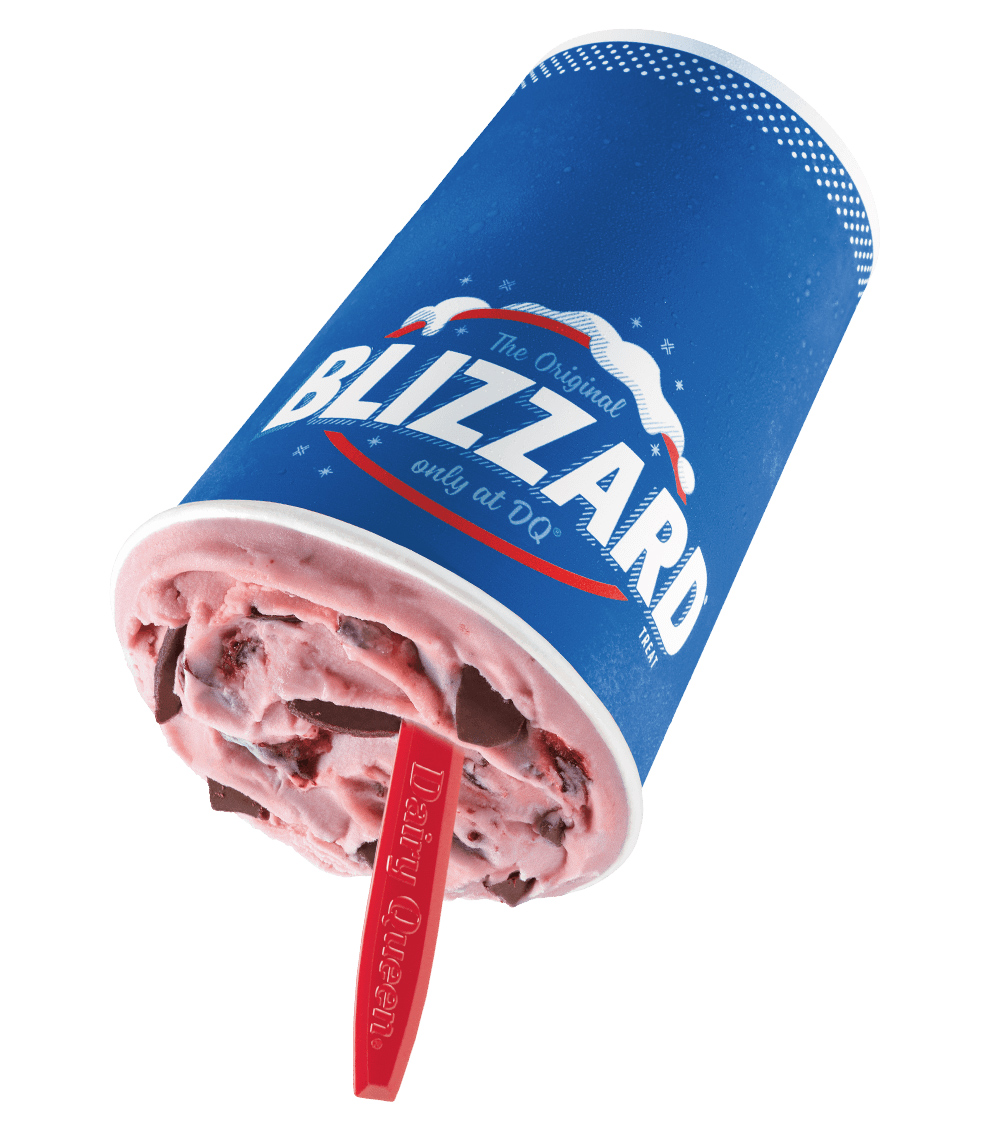 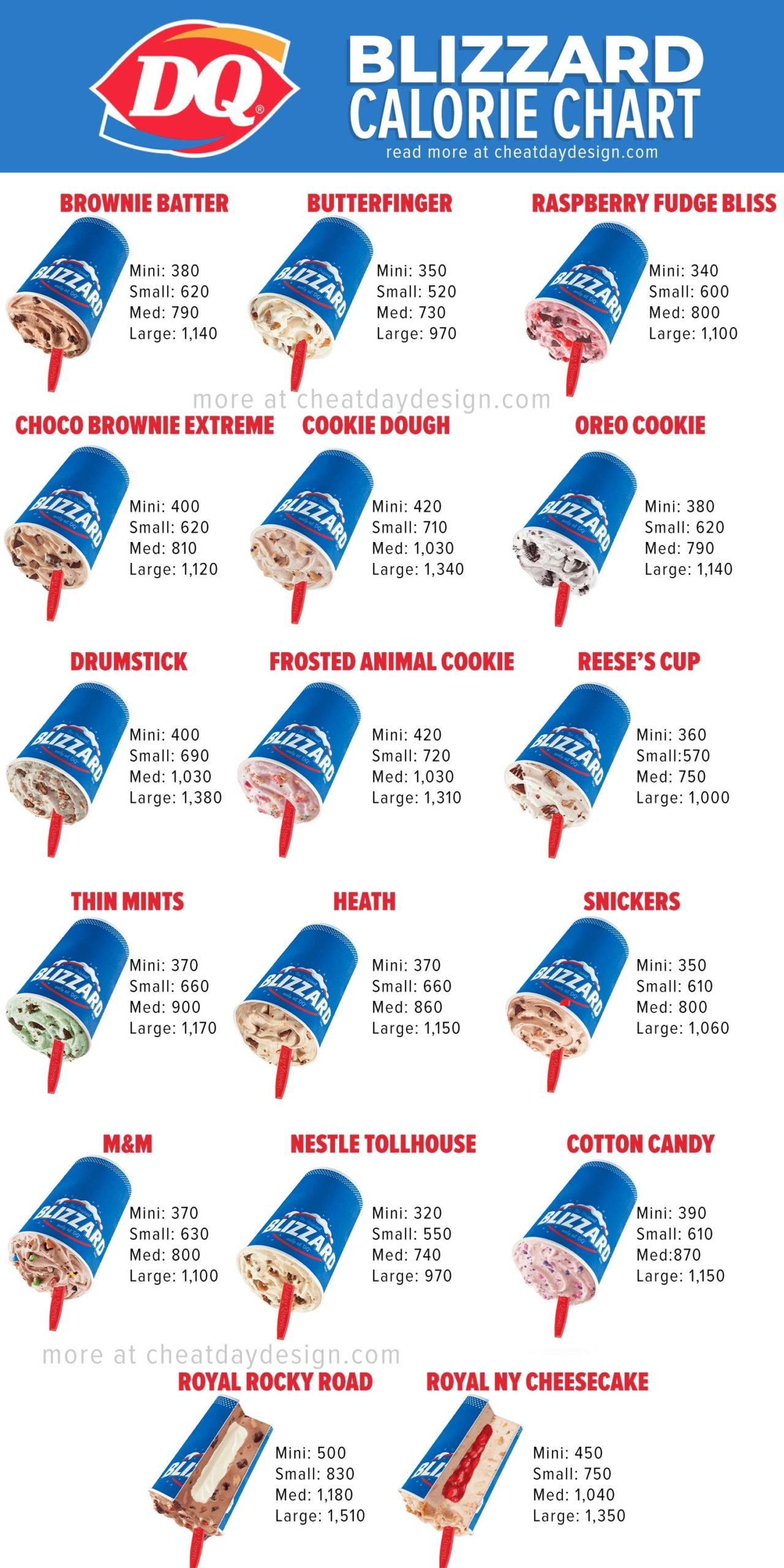