Well, because it doesn’t, that’s how.

No, the nutrition label isn’t lying to you. But, it is being a little bit sneaky.

The truth about calories in cooking spray 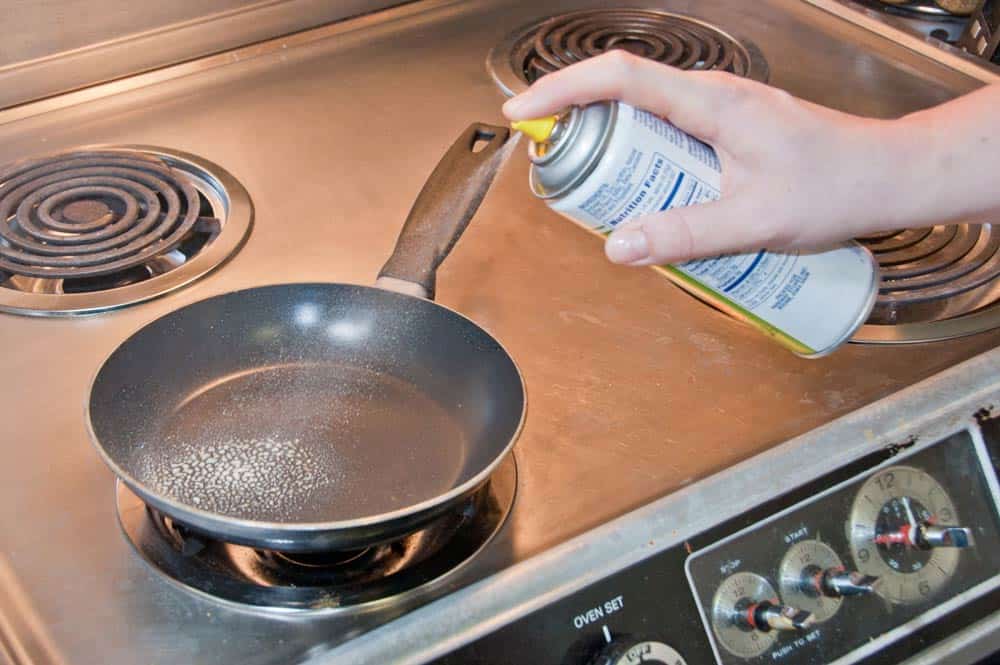 Allow me to make this very clear: cooking sprays are a great alternative to using butter or oil if you want to save calories.

But, they’re not actually calorie-free.

It’s easy to get confused here. I mean, the label says 0 calories, but the ingredients contain oil. It’s safe to say that oil contains calories, and quite a fair amount, too.

So how in the world is cooking spray zero calories?

I know what you’re thinking…

Hey, I don’t make the rules. Those silly rules are made up by the FDA…

How rounding works (according to the FDA)

The FDA makes the rules around here. Who is the FDA, anyway?

The “Food and Drug Administration” is the federal agency that is in charge of making sure companies aren’t lying about their food and what is in them. They have the power to completely ban ingredients from being used, control what you can or cannot say on food labels, and decide those silly daily percentages you see on nutrition labels that are never anywhere close to accurate.

Let’s take a look at one aspect of FDA regulations that can make understanding food labels, like this cooking spray, very confusing: rounding.

Food labels need to look neat and tidy. If your food had 43.77 Calories and 5.827 grams of fat, it would look flat-out ugly.

That’s why the FDA has set rounding rules to simplify these numbers. Most numbers will round to the nearest whole number (0.4g fat rounds down to 0g fat), but let’s look at the rounding rules for calories:

In the case of cooking spray, a serving has roughly 2 calories, so they’re allowed to round that down to 0. 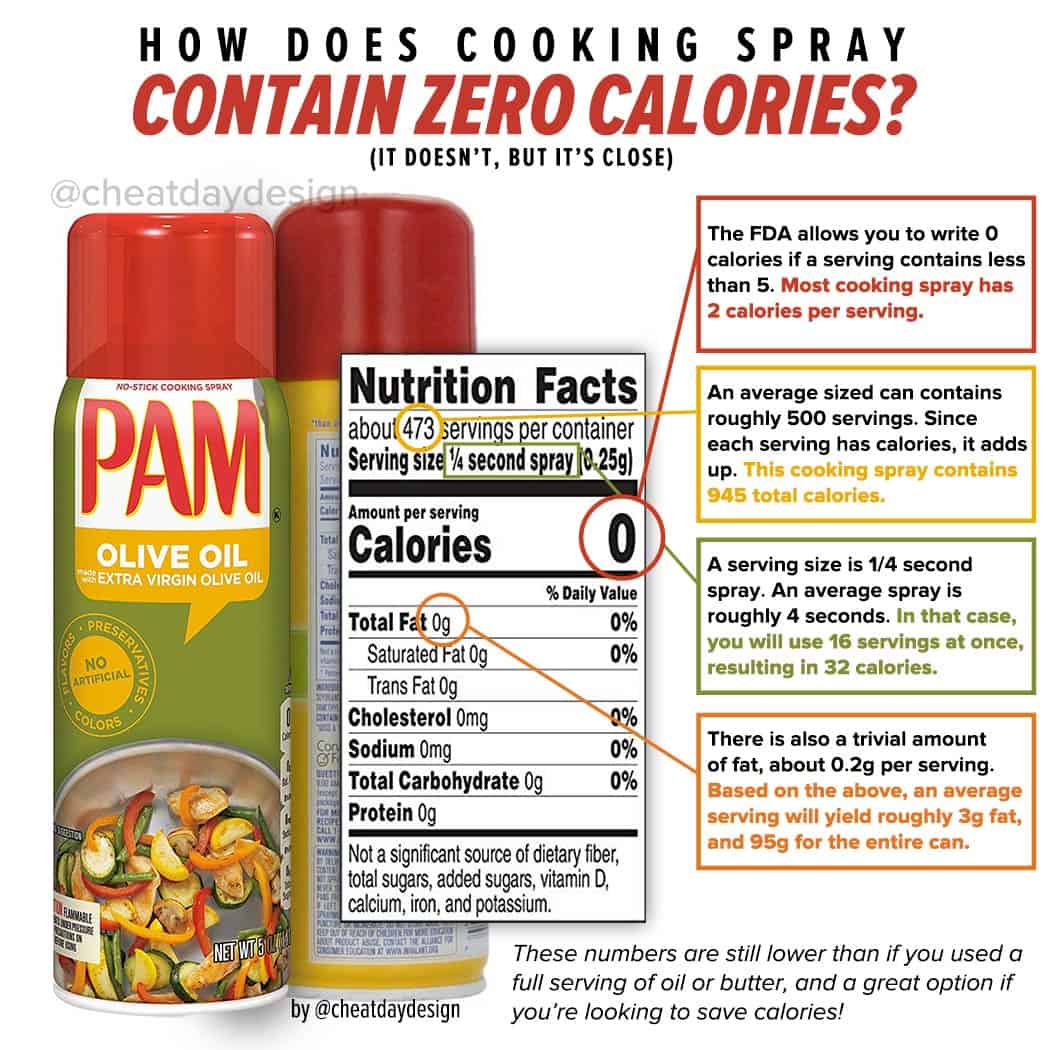 Problem is, a serving size is assuming you’re spraying for 1/4 seconds. I think it’s physically impossible to pull that off unless you’re a witch.

Thanks to FDA rounding rules, we’re led to believe there are 0 calories and 0g of fat, but as you can see here, that’s not quite the case.

Don’t get me wrong- the numbers are still quite low. But not exactly zero.

Should you track the calories in cooking spray?

Okay, so if cooking spray does indeed contain calories, should you count it towards your daily calories?

I never count cooking spray if I’m tracking my calories or macros, because to me, 20-30 extra calories is not enough to worry about.

But, it’s a matter of preference.

If you want to be super strict and be as accurate as possible, you can certainly estimate these calories based on the averages I laid out above, but I truly don’t think it’s worth it.

If an extra 20 calories stresses you out, you need to stick around here and read my posts so I can help ya repair your relationship with food! I just want to help educate you here, not scare you.

I have plenty of posts on the topic of stress related to food, and why you shouldn’t stress over your calories being higher or lower some days, but let me break it down for you very quickly here:

Let’s say your cooking spray adds 30 calories to your meal. You thought it was 0, so now you’re stressed that you missed those extra 30 calories.

First and foremost, 30 calories are not going to be the difference between hitting your goals or not- I promise.

Second, I like to put it into perspective this way:

Do you get stressed out if you get slightly less steps in one day? Probably not.

30 calories can be something as simple as going grocery shopping and getting in 20 minutes of light walking around the store.

That small amount of calories burned or consumed is going to even itself out over time- it’s not worth stressing about!

Conclusion: cooking spray has calories, but not enough to worry about

If you’re reading this, I’m going to assume you care about calories.

I don’t want this post to scare you away from using cooking spray. It’s still an amazing option to use when cooking to keep calories lower!

I mean, a tablespoon of butter of oil contains over 100 calories, which can add up really quickly.

Even if you spray cooking spray for 8 full seconds (which is a very long time) that would still only add about 60 calories. Assuming you’re spraying a large pan for meal-prep purposes, if you were cooking 6 servings, the cooking spray would only add 10 calories per serving.

To me, that’s not worth worrying about!

Continue to use that cooking spray you love so much. I mean, nothing is worse than food getting stuck while cooking… 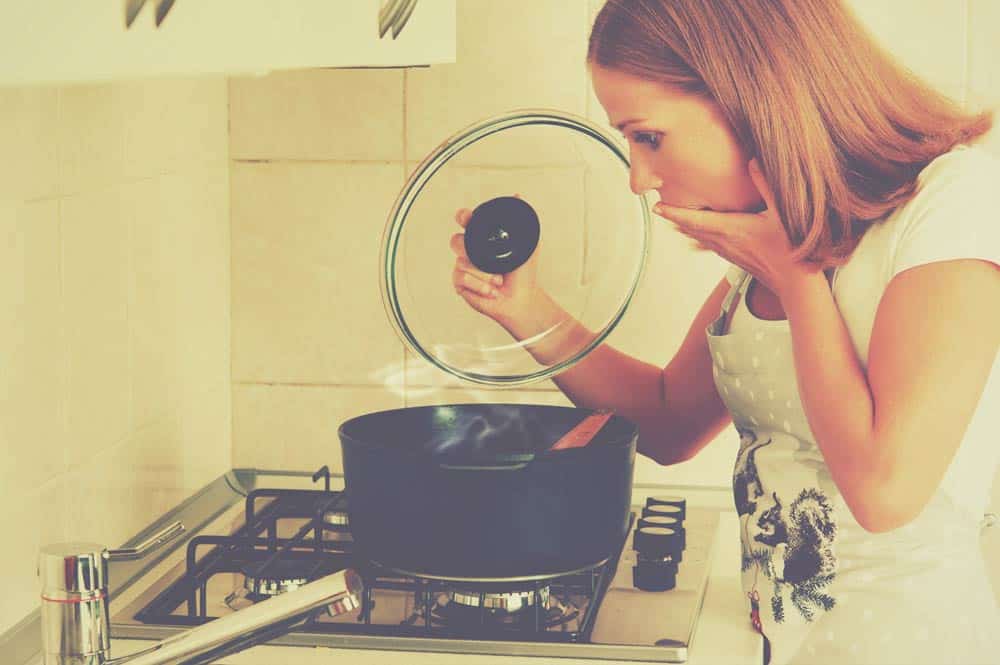 This lady gets it (side note: stock photos are so cheesy, aren’t they?)