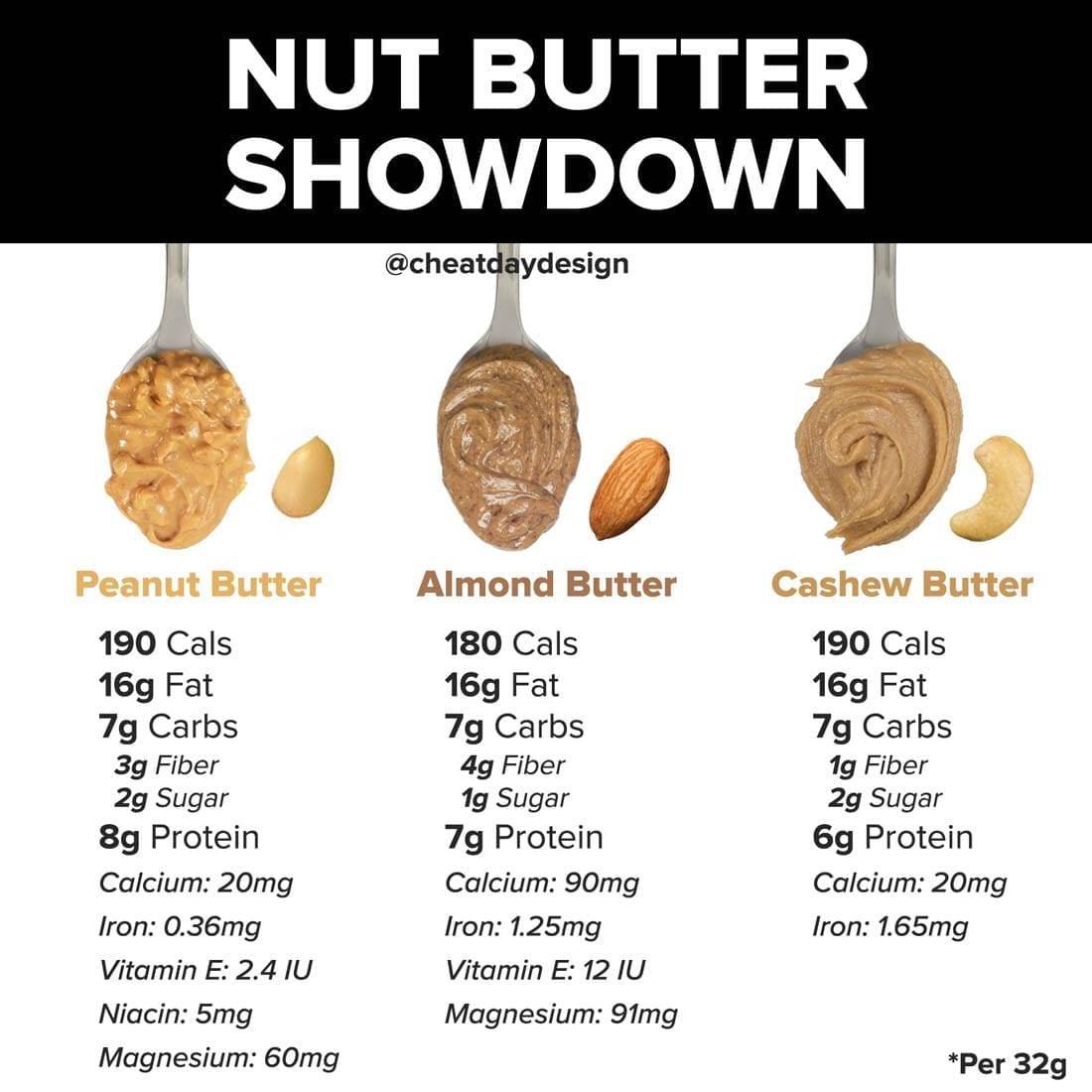 If you’ve been around me for more than 5 minutes, you know I love peanut butter. A while back, I went on a blind health-kick and started eating almond butter because everyone was saying how it’s better for you.

Turns out that when you Google the topic, A LOT of people seem to claim that almond butter is the superior nut butter. One of the reasons is that almond butter is high in Vitamin E, Magnesium, & Iron. This is true, but the amounts are still not incredibly high, although still higher than peanut butter. Cashew butter is winning in the iron department- you go, cashews!

Almond butter is also the highest in fiber content… by 1 gram. It’s very wise to work fiber into your diet, but that 1g is not going to be a noticeable difference, so that should not be a deciding factor.

I’m certainly not trying to poo poo on almond butter. It’s a great option (if you actually like it). But there is no plausible reason to ditch the peanut butter in favor of almond butter. Nutritionally they are nearly identical, and while almond butter does have higher micronutrient values, the differences are not substantial.

Cashews are generally slightly less nutritious than their counterparts, and the cashew butter reflects that. It is pretty damn delicious, however!

The great thing about peanut butter, aside from everything, is the price tag. Almond & cashew butter will often cost twice as much, so if you don’t enjoy them, don’t assume you are doing your health a favor by going for those. Save your money and eat that peanut butter with the confidence it deserves!

I should also note that these macros are taken directly from organic brands that contain ONLY the nuts- no added oil or sugar.